The Pacific Northwest Pollution Prevention Resource Center (PPRC) was established in 1991 to promote environmental protection through pollution prevention (P2). At the time, a broad group of business, public interest, government, academic, and other stakeholders was coming to grips with regional waste management issues through a panel appointed by the Northwest’s governors, the Pacific Northwest Hazardous Waste Advisory Council. The council realized that preventing pollution at the source made the most sense as an environmental management strategy. By attacking the root causes of pollution, P2 addresses costly inefficiencies that both cause pollution and cost businesses money. Out of that realization came the decision to establish a regional center to bring people, information, and resources together to implement P2.

PPRC was established as a nonprofit organization headquartered in Seattle, Washington. With the assistance of the Hazardous Waste Advisory Council and the environmental consulting firm Ross & Associates, PPRC opened its doors on April 22, 1991, the 21st anniversary of Earth Day. PPRC serves the Northwest states of Alaska, Idaho, Oregon, and Washington. However, PPRC’s services benefit areas outside the Northwest as well. In 1998, PPRC partnered with similar P2 centers across the U.S. to form the Pollution Prevention Resource Exchange (P2Rx™) Network. 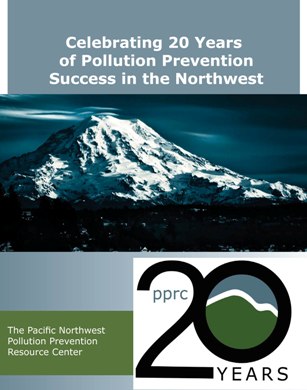