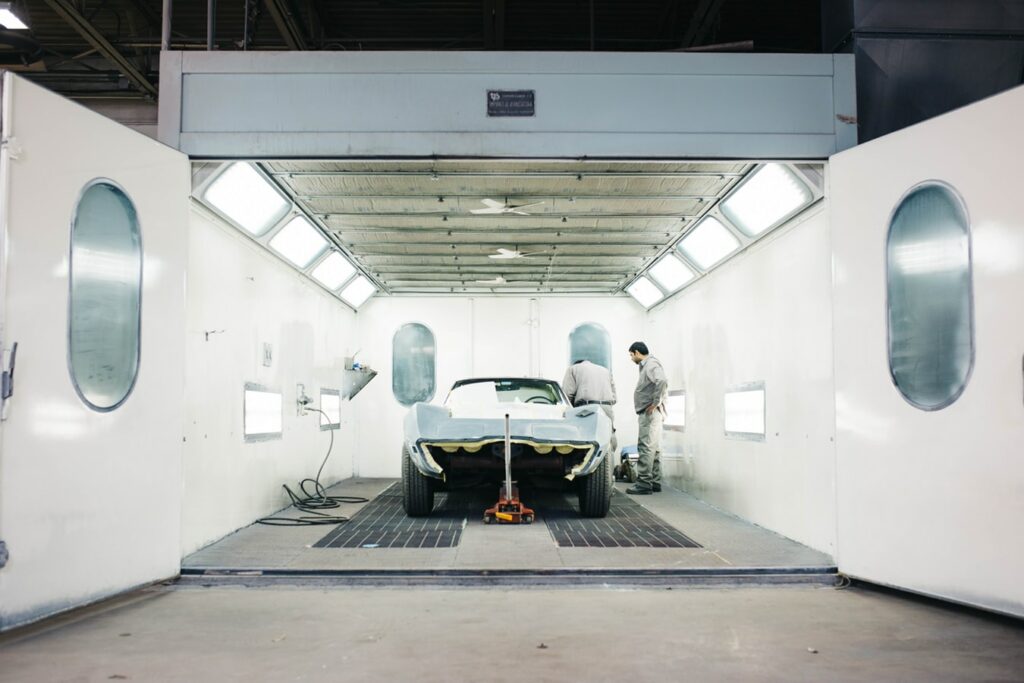 Paints, paint strippers, cleaning chemicals and other compounds used in the collision repair industry have traditionally contained toxic materials, in some cases at very high levels.  As many as 64 percent of collision repair shops are already using waterborne paint (Autobody News, 2018).

Waterborne paints are a practical, environmentally friendly alternative to solvent-based paint. And transitioning is relatively painless.  Further, the majority of OEM’s use waterborne paint and about 70% have been using it for a decade or longer.

“It wasn’t a difficult decision. The common thought is that it’s difficult to make the switch, or people think it’s too expensive to switch – it’s not.”   Lisa Thompson, President, Heitzman Body & Paint

Why switch?  There are many reasons, but here are some of  the most compelling:

Personal Risk: Most solvent-based automotive paints contain isocyanates. These easily penetrate the skin and are absorbed through the eyes. Isocyanates even penetrate latex gloves. While today’s personal protective equipment has never been better, it is common to see career auto painters with chronic exposure issues such as asthma or central nervous system damage (shaky hands). Less obvious impacts can be liver or kidney damage and impaired coordination.

Business Risk: Most collision repair shops are located near other businesses or even near residential areas. Odor complaints are common and occasionally neighborhood groups petition to have the business relocate.   Also, more states are increasing permit costs for shops that continue to use solvent.

Environmental Risk:  Solvent-based paint releases VOCs and regulated hazardous air pollutants (HAPs) during application and cleanup. Automotive painting releases about 70,000 tons of VOCs annually, which are contributors to smog and poor air quality. In 1999, when nearly all  auto painting was solvent-based, collision repair shops released 45,500 tons of known  and suspected cancer causing chemicals into the air. 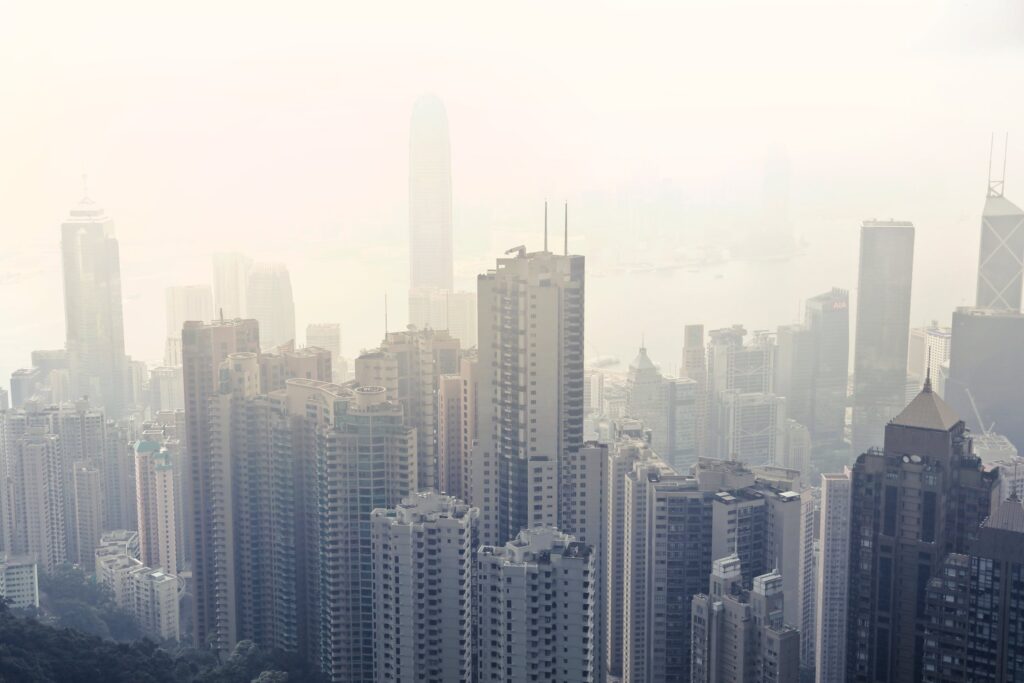 While waterborne house paint has been safe and effective for nearly six decades, waterborne automotive paint has a more dubious history.  Waterborne auto paints had the unfortunate experience of being brought to market before they were really ready. As a result, the decade of the 1980’s saw numerous coating failures, most prominently poor adhesion that caused peeling, that was mostly attributable to improper drying of primer coats.  This resulted in the perception, that has proven hard to dispel,  among many painters, that waterborne paints were the the cause of the problem. The fact is, that while waterborne paints are less tolerant of surface imperfections, adhesion to a properly prepared surface is every bit as good as solvent-based paints.

Waterborne paints cost more up front, but any excess does not have to be immediately thrown away, may not have to be treated as hazardous waste, and more often than not water requires fewer coats than solvent.

Low-cost dryers that create turbulent airflow can result in that drying times that compete with solvent-based paints.

Waterborne requires dedicated equipment to spray and equipment choices to optoimize tip size, and are resistant to water corrosion.

Some OEM’s are using waterborne clear coats at the factory and they are slowly becoming available as an aftermarket product. Clear coats will continue to improve with time, while waterborne primers and basecoats are effective.

In high-smog states like California, regulations requiring low-VOCs technologies have been in place for years, with many other states considering similar laws.  Some HAPs are regulated under EPA’s 6H NESHAP rule, which requires extra documentation and painter training. Making the transition sooner rather then later may save many businesses time, money, and regulatory burdens.

While waterborne is not completely free of harmful chemicals, it is less toxic then solvent-based.  In fact, VOC exposure when painting with waterborne paints can be up to 56 times lower. (Liao 2015).  Painters, other shop employees and customers all enjoy the absence of strong solvent smell. Using waterborne and proper personal protective equipment (PPE) can eliminate both acute and chronic overexposure issues for painters such as asthma and kidney, liver and central nervous system damage.

Waterborne paint tends to have higher pigmentation then solvent paints, which improves the base coats ability to hide what is underneath. A job that requires three to four coats of solvent-based paint will only need two coats of waterborne. There is consensus that waterborne paints provide a superior color match and have better metallic lay-down on autobody surfaces. Many waterborne paints do not require mixing systems, only a slight shake before straining. Perhaps most important for a business, shops report that with the right drying systems their throughput has increased by as much as 20%. Waterborne paints are significantly less flammable, and some shops have been able to reduce their insurance premiums because of this.

Spray Efficiency Training (PPRC):  Learn about and practice technique refinements that can reduce paint overspray for waterborne (or solvent-based) applications, save money, and achieve NESHAP 6H compliant training for operators. To sign up for spray efficiency training or learn more, message Ken Grimm.