Flooding: The #1 National Disaster in America 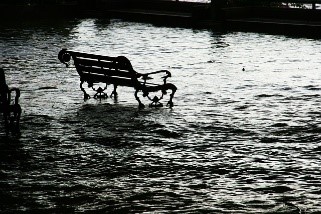 A flood is a natural event that can have a wide range of effects. It can amount to nothing more than a little water accumulation around your home, or it may be a deadly deluge that leaves everything underwater for weeks. It can leave families homeless, and cause economic devastation and loss of life. Flooding can wipe away an entire city, change the terrain of a coastline, or shift the course of a river. In short, a flood is not a situation to take lightly.

Blame It on the Rain

Too many think that a flood can only occur when it rains—and rains a lot. That’s not exactly accurate. When it rains more than a city’s drainage system can handle, there can be flooding in the streets. The water can come in a heavy, short storm or accumulate from an ongoing light rain over days or weeks. River overflow can result in flooding when there is increased rain upriver or a dam malfunctions. Strong winds can carry sea water onto dry coastal lands. This type of flooding generally accompanies hurricanes or a tsunami. In cold regions, a winter of heavy snow can result in flooding when the spring thaw comes.

When a flood hits, it may come in a very short time, possibly within minutes. These flash floods are the most destructive and usually take people by surprise. A flood that takes longer to develop, maybe a day or two, can be just as destructive but people generally have warning of the impending increase in water levels. Slow onset floods develop gradually and can last for days or weeks. People usually have more time to prepare for this type of flooding.

Consequences Can Be Devastating

During flooding, especially flash flooding, local infrastructure can take a serious hit. Roads and bridges may be damaged, farms can be ruined, and homes and automobiles may be destroyed. When this occurs, people find themselves suddenly homeless. The local, state, and federal governments deploy first responders to help but this assistance comes at a heavy cost. It may take years for devastated communities to rebuild and businesses to work their way back to normalcy.

There are environmental damages when flooding happens. Hazardous substances such as chemicals and sewage can end up in the water supply, lakes, ponds, rivers, and streams. Animals suffer in flooding, often drowning. Others are injured, farm animals are scattered, and pets are left lost and homeless. People struggle in the aftermath when the water supply and electricity services are disrupted.

Flooding can also bring diseases and infections in the aftermath. Unsanitary conditions make it more likely that people will become ill, some even succumbing to these water- and insect-borne diseases. Snakes are also a frequent problem after flooding, often making their way into homes and businesses in search of dry areas. 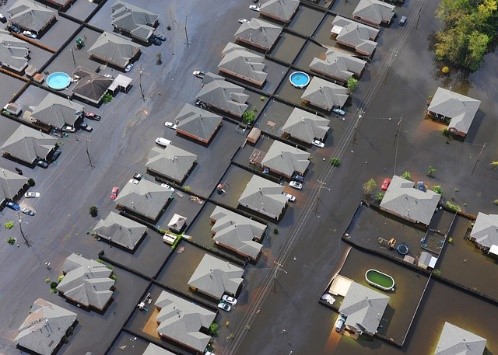 Living in a Flood Zone

According to the National Flood Insurance Program, everyone in the United States lives in a flood zone. If you own your home, chances are you have homeowner’s insurance. However, most homeowner’s insurance does not cover flood damage. Even if you live in an area that is not commonly thought of as flood prone, all it takes is a few inches of floodwater to cause tens of thousands of dollars of damage to your home.

Too many make the assumption that they don’t need flood insurance because they live in an area that doesn’t flood routinely. The usual thought is that if a flood were to happen, federal disaster relief assistance would take care of it. Federal relief comes in the form of a loan, with interest, that you have to pay back over a 30-year period.

A flood insurance policy is generally much cheaper. Be aware, however, that no insurance company is anxious to pay out a claim for flooding. Although they don’t like it, reputable insurance companies will make the payment to which you’re entitled without delay or hassle. If your insurer gives you a hard time on settling your claim, you may consider engaging an attorney to take care of the matter for you. 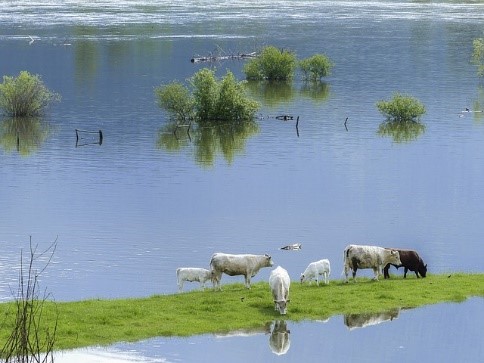 A devastating flood can change everything. Damage to infrastructure can decimate local economies and overwhelm communities. There may be long-term disruptions to clean water and electricity. Transportation can seem like traversing a maze to get around destroyed sections of roads and washed-out bridges. Education is disrupted and health care can suffer. Communication can become a challenge within the flooded areas.

After a flooding event, there may be a mass migration of population out of the devastated areas. People lose their livelihoods and see the values of their homes and lands plummet. This migration into developed urban areas leads to an overcrowding in the cities and places a strain on a city’s resources.

Flood victims and their families are traumatized by the flood, and this effect can last for a prolonged amount of time. If loved ones are lost, the impact can run deep, especially in children. Recurrent flooding in a region depresses long-term investments in the area, both by the private sector and the government. This can have a negative impact on the prospects for residents to provide for themselves and their families. Economic growth stagnates, leading to a loss of resources for goods and services.

An ineffective response to the disaster situation can lead to public discontent. This can foster a loss of trust in the relief operations and the state and national governments. A lack of response and rebuilding efforts, whether real or perceived, can lead to social unrest that threatens peace and stability in the flood-impacted region.

The best defense is a good offense. Anyone who plays a team sport has heard this bit of advice. The same sentiment is applicable to flooding. The best defense is to be prepared, even if you don’t think you’ll ever face a flood situation. Have a talk with your insurance agent about adding flood insurance to your homeowner’s policy.

Learn about your community’s disaster plan, including the location of relief centers and evacuation routes. Have emergency numbers and information handy. Your on-hand emergency supplies should include water, canned food (don’t forget the manual can opener), a battery-operated radio, a flashlight and extra batteries, and protective clothing.

Expect the unexpected. Be prepared for the worst but hope for the best. America’s number-one disaster is survivable with a wee bit of preparation.

Comments Off on Flooding: The #1 National Disaster in America