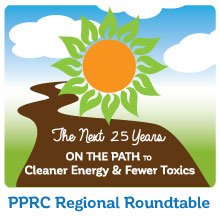 The day kicked off with updates from Northwest state environmental departments and U.S. EPA Region 10.

Rick Yoder, with P2RIC, led a discussion about the potential to rebrand the term “pollution prevention,” which is still used by federal, state, and regional technical assistance programs around the country. The audience, largely pollution prevention professionals, shared many concerns with the term and the sensibilities it conveys. Namely, in its focus on both pollution and prevention, the term “focuses on the bad” and fails to motivate positive outcomes as much as more positive terms do. In thinking about how to rebrand, Yoder emphasized “thinking outside of the box” by considering what our cultural and organizational biases are. “Too often we look for the answers that confirm our suspicions or biases,” Yoder said. As part of moving past our biases, Yoder asked, “What should P2 do?” A number of people suggested shifting the brand’s focus toward more positive and problem solving terminology. Yoder concluded by offering a number of resources about successful rebranding campaigns.

PPRC’s Marjorie MartzEmerson provided an update on PPRC’s look into heavy metals in our vegetables. MartzEmerson began by contextualizing the adverse effects of Cadmium. Best current estimates suggest that a daily intake of 12.5 to 25 micrograms of the metal, which builds up in our bodies over time, may cause adverse health effects. In the U.S., daily allowable limits in foods are much higher than suspected levels of negative effect. MartzEmerson then shared some of PPRC’s preliminary data based on testing produce from a number of different grocery stores around the Northwest. Leafy greens, both organic and conventional, showed high enough concentrations to harm health. “We don’t want to scare people away from eating leafy vegetables,” MartzEmerson said. “Because we need those nutrients.” She stressed that the goal of PPRC’s research is to look for ways to prevent heavy metals like cadmium from getting into our fertilizers and soils in the first place.

Lauren Heine, with the Northwest Green Chemistry Center, described the center’s process of assessing alternatives to copper-based antifouling boat paints. This change has largely been driven by new law stating that, beginning in 2020, “No bottom paint that contains more than 0.5 percent copper may be sold for application to recreational boats under 65 feet in the state of Washington.” Heine gave a good overview of a thorough alternatives assessment process that will provide a functional product and avoid regrettable substitutions. The process assesses: performance, cost and availability, comparative exposure, and other chemicals of concern. To help the boating community make good decisions, the organization identified key stakeholders in the testing process. It brought together formulators, boatyards, boat owners, NGOs, trade associations, academics, and more. Heine then briefly reviewed the kinds of alternatives available, which work via two different mechanisms: biocide and non-biocide. From a list of over 20 alternatives, the group is creating a list of emerging products. These products are then being assessed for human and environmental hazards via chemical assessment tools like QCAT and a Life Cycle Analysis approach. Heine ended with a shout out to anyone interested in funding QCAT screens of particular chemicals that may help with future greener product development. If interested, check out toxnot.com.

Holly Davies, with the Department of Ecology, gave an overview of the recent updates to the Toxic Substances Control Act (TSCA) from the regulatory testing perspective. Davies highlighted the changes to the EPA’s new testing authority. Compared to the relatively toothless 1976 version of the act, EPA can now more easily get chemical information by “order instead of rule.” The new act also streamlines some of the EPA’s testing procedures by allowing it to more efficiently prioritize some chemicals and to evaluate risk without consideration of cost. But Davies also noted a number of complex and inefficient interactions with patchwork state testing processes. The new act, Davies said, still suffers from “large data gaps” and from the “one-chemical-at-a-time” testing process, which results in a kind of “whack-a-mole” approach in which banning one chemical only causes an equally hazardous one to crop up.

Mark Frost, with the Clean Tech Trade Alliance, began by stating the Trade Alliance’s mission to “facilitate complex partnerships” by being an “agent of coordination.” The organization takes a coalition approach, partnering with faith-based organizations, government, communities, and businesses. Frost then described the unique community collaboration occurring as part of the Kitsap Resiliency Project, in which a number of community partners are coming together to make Kitsap a resilient community, or one that, “has the capacity to retain essential functions in the face of internal or external disturbances.” Frost noted, “Resiliency is more than just disaster planning, it is creating systems that support healthy vibrant communities under normal circumstances that also function under extreme stress…” Frost pointed out a number of opportunities to build more resiliency in Kitsap and other state communities. These include: producing local food; establishing alternative energy resources; installing distributed wastewater treatment with solar back-up power; safety proofing fuel and toxic storage; and education.

The day finished with a fascinating World Cafe-style discussion about how pollution prevention concepts can be incorporated into business and community resiliency planning. Groups had many strong ideas about how disaster relief preparedness can benefit from good pollution prevention practices. Thinking ahead, groups also suggested many ways that businesses could add value and strength to community resiliency projects. 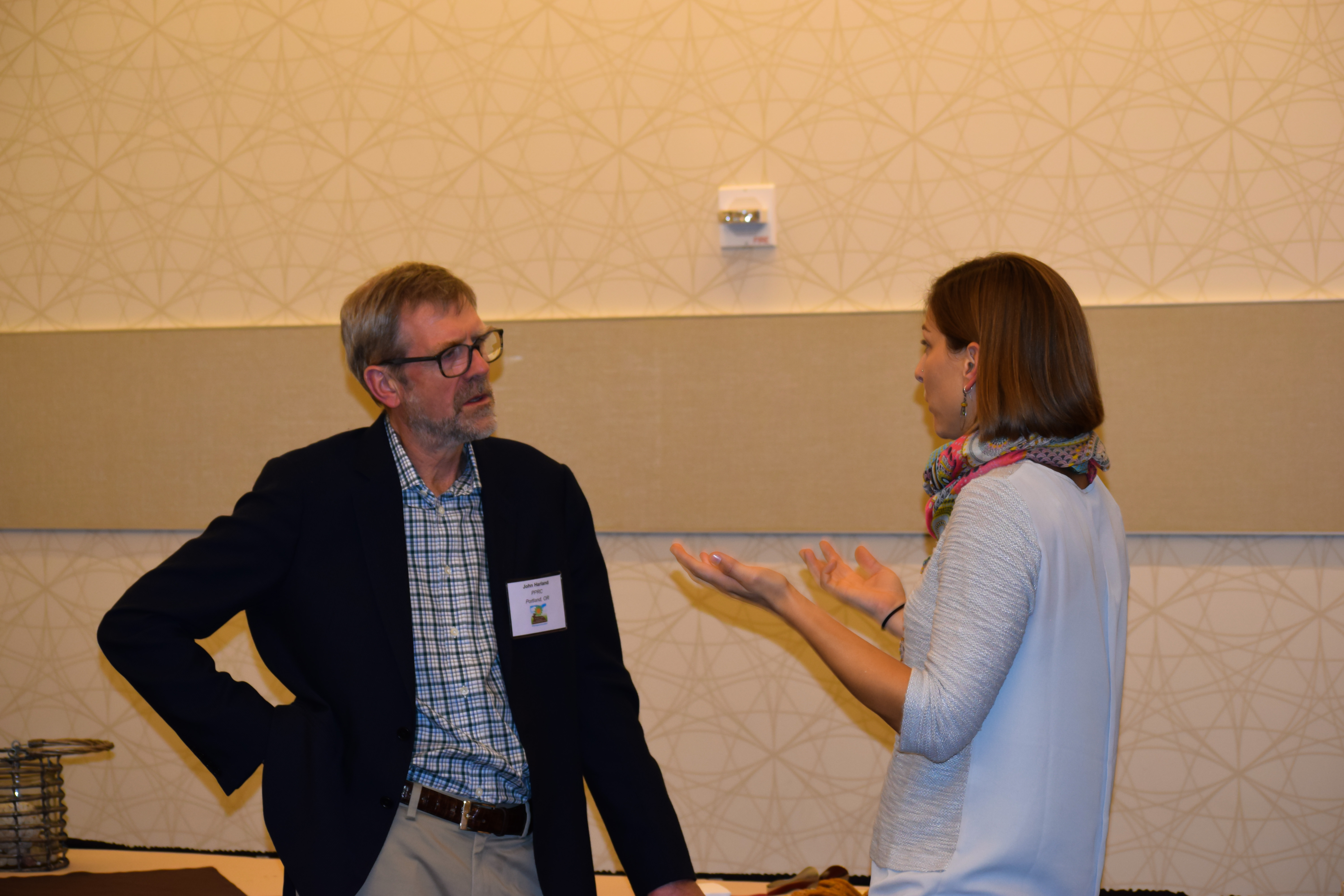 Comments Off on Summary of Regional Roundtable 2016 – Day Two